4 Surprising Benefits of Being Happy

“The foolish man seeks happiness in the distance, the wise grows it under his feet.”

There’s some debate as to whether happiness is a worthwhile pursuit. After all, seeking it may push it even further away. However, there’s enough scientific evidence linking happiness with health and well-being that it’s certainly worth exploring. Plus, happiness feels good, and—as if that weren’t enough of a reason to focus on the things that make us happy—it also plays a big role in the recovery and healing process. So, if you’re feeling under the weather or recovering from an injury, staying positive can make a—well—positive difference.

Still not sure how happiness—or lack thereof—plays into your life? Here are four surprising benefits of being happy:

And now for a little perspective: According to palliative care nurse Bronnie Ware, one of the top five most common things dying patients wished they had done differently during their lifetime was to let themselves be happier. That means that on death’s door, they weren’t wishing for more success. They weren’t wishing for more money or more status symbols. Instead, people wished they had granted themselves permission to be happy. Sounds simple, doesn’t it?

Look into your future. Will this be one of your regrets? If so, there’s still time to do something about it.

Here’s the full list from Ware’s book titled “The Top Five Regrets of the Dying”: 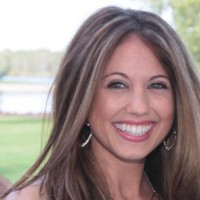 Erica McDermott is a writer for GetPT and a practicing life coach. When she's not penning blogs on topics such as happiness, well-being, meditation, and self-improvement, she's trekking around San Francisco, in search of the city's best vegetarian fare.

Carbohydrates: The Good, the Bad, and the Ugly
Previous

How to Boost Happiness (Hint: It Starts From Within)
Next